Written by Brandi Currelley
We are so excited to kick-off the winter and holiday season by introducing the incredibly talented, jazz trumpeter, producer and songwriter, Keyon Harrold. Keyon, a St. Louis, Missouri native, seeks to unify people from all walks of life through his unique sounds and powerful vibrations. Using the stage as his platform, and trumpet as his “Call to Action”, Keyon forces listeners to wake up, to think, and to act. He believes that everything begins within you. Fulfilling yourself and doing what feels good, will undoubtedly result in positive vibrations radiating through others. Through his role as a performer and mentor Keyon hopes to inspire not just the youth but all members of his community and worldwide listeners. His musical journey has led him to countless performances and collaborations with the industry’s best, film score projects, including the acclaimed Miles Davis biopic “Miles Ahead”, written and directed by Don Cheadle, as well as two solo albums. With his incomparable industry and life experiences, and his dedication to his art and community, Keyon is an irreplaceable member of the Berklee City Music network.

Tell us first, a bit about who you are, where you come from and the path that led you to where you are in your music career today?

I started playing the trumpet when I was very young, six or seven years old. I came from a musical family that really nurtured the idea of me being a musician, whether I was going to pursue it professionally or not, it was the way we communicated as a family growing up. My father ran a church, and my grandfather had a drum and bugle corp. I played in both of those and also really looked up to my siblings because they were doing it too. I really just fell in love with it. Once I really started on the journey of playing, I just couldn't put the trumpet down. I ended up getting a scholarship to The New School and moved to New York City to study. I knew I wanted to be a jazz musician, but my first professional gig was playing with the rapper Common, which opened up a whole new world of who I could be as a musician, as an artist, and a producer.

What inspires you creatively and how has music impacted your life and connected you with others?

What inspires me? Really cool things and really weird things as well.

I love the spectrum of music and being with people who are about shaking up the norm. I've been blessed to work with some incredible artists, from Jay Z, to Eminem, and Rihanna. It's really been an incredible experience to see how they evolve and grow as artists. To be able to see how I've contributed to what they do, as well as taking what they do and adding it to my own work. It’s the give and take kind of relationship creatively, with so many amazing artists and just being in the same ethos, being in the same conversation with them that inspires me. 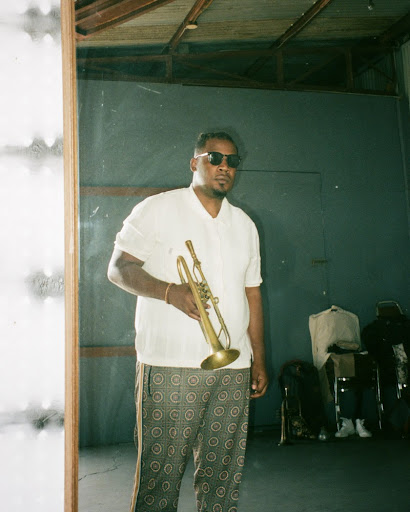 What was it like working alongside our students as a mentor/fellow musician, as well as collaborating with the other ambassadors on our first ever theme song “That Feeling”?

It was an amazing time. We really just came together and had a blast. We hung out, got the chance to get to know each other, and make some incredible music together. For me, mentorship is everything. If you can see it, then you can do it. If you can see it, then you can believe it. If you can see it, then you can achieve it. Most of the time, if there's something out of reach it's because you haven't seen it done yet, not that it can’t or won't happen. It becomes so much clearer, the road ahead and the steps that you should take with somebody there to guide you. Sometimes you just need that feedback, you need that dialogue with someone who is seemingly so far away from you, but in reality not much different than you. A mentor is just another person, another human being who has a bit more information, more experience than you. That experience is so valuable, because the mentee will take it wherever they want to take it, use it however they want to use it, or not, which is important as well, because you have to pave your own path at the end of the day. Also just seeing these kids grow. Every time I see them, they're sounding so much better and moving onto bigger and better projects, it's an amazing thing.

What role has music played in connecting you with your community? What part has it had in your community outreach or advocacy for social justice?

For me, music is everything. From teaching to performing, to just simply listening, whatever it may be, music is what keeps me going. And I'm always speaking out about justice. It's in my music, it's in my words, it's in my thoughts all the time. I'm originally from Ferguson, St. Louis where Mike Brown was killed back in 2014. When that happened I wrote this song called MB Lament. When it happened I knew exactly where it was. I’d watch TV and think, “Wow, that’s where I used to get my haircut, right next to there”. Now, because of all of the riots and events that followed, it looks like a warzone. And so I wrote music. The idea of bringing people together to show them that we're more alike than different is a huge part of my message. When I'm on a stage, it's about sharing, it's about giving, it's about speaking for the people who might not normally know the words or can't speak for themselves. I have a very specific platform, and I don't take that for granted at all. Anytime I perform, I'm always putting the message out there, people might not have the same struggles as you, but that doesn't mean they don't exist.

And from there it's, how do we connect all of those worlds and how do we let people know that there's something else they can be doing, to support that? No more complacency. We're here together in one world, we may have differences in opinions, differences of thoughts and experiences, but music can be the backdrop of something that brings us closer together.

Would you say that message, social justice, and outreach is your “Why” as a musician, and creative person?

Absolutely, it's one of the “why's”. We're all a little self indulgent when we take on a musical instrument, really dedicate ourselves to it and focus on it for so long. For me, it's the vibration. When I play the trumpet, the vibration that I get in my soul, my physical body, my mind, and how imaginative I can be, how creative I can be in real time, might be a little self-indulgent, but it also gives to other people. As artists and musicians, when we put something out into the World, we never really know how it's going to be received. What I do know is that it makes me feel good, and if I feel good, I am sending out positive vibrations.. Bringing people together, me feeling the way I want to feel, and the fact that I felt like maybe I was chosen to do this by something higher, is what I would define as my “Why” as a musician. 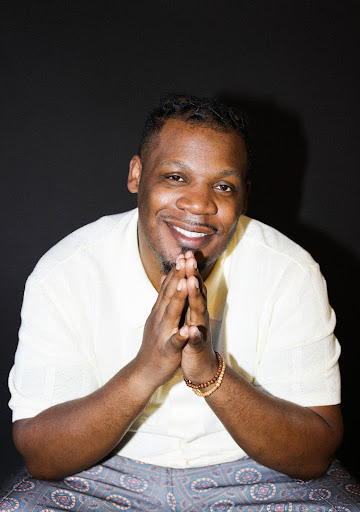 There was a moment in another one of your interviews I read, where you referred to the trumpet as a “call to action” historically. Can you talk about what you meant when you said that, and what that call of action is for you?

When I think of the trumpet, when my mom, or anybody else in the ministry thinks of the trumpet, they think of Gabriel, and of the battle of Jericho. When the trumpet sounds, that's when things happen. And that’s always been true. When you hear the trumpet, it’s a sign that things must change, that something must shift, people must open their eyes. When I'm honest, when I'm in my most vulnerable state, when I'm most genuine, egos are destroyed, and it's all about loving, and coming together, that’s when gates open. When the trumpet calls, it's a time to reckon, it's a time to just be open.

I remember playing right when the George Floyd protests were happening all over New York and Brooklyn, and it was just unrest, it really was. I ended up in front of Barclays Center, surrounded by cops and just thousands and thousands of people. They were going nuts, about to riot, and I just started playing.

So, what’s next for you, what can we look out for? Where are you headed creatively?

There’s so much. I’m working on finishing up my album, which will be coming out next year, working on a couple of film scores that I'm super excited about as well and a ton of shows. I'm always doing something. I'm the creative advisor at Jazz St. Louis, and I just recently put on these five days of shows with PJ Morton and Christie Dashiell, and some really talented people which was incredible. Everyone was totally inspired, and I can't wait until the next iteration of that. I get an opportunity to take some amazing energy to where I grew up that wouldn't normally get to experience that kind of vibe and artistry. So I'm excited about that, the things I can bring to where I was raised, and the chance to inspire not just the kids there, but the adults too. I’ll also be touring later this year, and doing a lot of mentoring of different people which is always a beautiful thing.

Keep up with Keyon’s Music and Upcoming Projects through his social media account and through the Berklee City Music website.